Who hasn’t taken the edge off some ravenous hunger with a sweet little treat? And who in their right mind is going to turn down a chocolate bar? Thankfully, we have abundant choices to satisfy our personal snack cravings.

From plain milk chocolate to caramel injected, to toffee and peanut butter layered, Canadian grocers and convenience stores will certainly have you covered. The following is a list of chocolate bars in Canada that the US doesn’t have.

Many Canadians will lament about the delicious combination of coffee, vanilla chocolate, coated in a milky layer. The self-described little snack was originally called Rowntree’s Wafter Crisp in the UK in the 1930s.

Variations on the wafer formation were released to Canadians in 1938 as Biscrisps, which included fruit flavours and of course, a coffee version. Nestle eventually acquired the rights to the coffee laced version in 1988 from Rowntree and continues to massively produce the bar from the Toronto chocolate factory.

Although the Coffee Crisp bar was briefly distributed in the United States due to a petition marketed in July 2006, it was quickly discontinued a mere three years later. There are still some areas that are closer to the Canadian-US border where this tasty snack can be purchased.

The mystery of the Caramilk bar continues to evade chocolate bar fans but has yet to discourage them. This caramel-spilling tasty treat wast created in 1968 by an English man in Canada, inventing the method of inserting delicious golden caramel into a solid chocolate bar.

This supposed Caramel Secret was the source of many successful ad campaigns and subsequent theories that longed to uncover the hidden process. To this day, the secret is kept within the Gladstone Chocolate Factory in Toronto where they are massively produced.

The company continues to thrive upon this notion of a secret process, even placing the answer within a single chocolate bar during a marketing stint in 2013. The person with the winning chocolate bar was asked to keep the answer to themselves in order to win $250,000!

How Caramilk is made

If you ask for Smarties in the United States, you are going to be offered tablet candy, known in Canada as Rockets. This is because the Smarties Candy Company which manufactures the hard tablets owns the rights to the trademark Smarties in the US.

The sweet candy-covered chocolate version has been made in the UK by Rowntree of York, England since 1882 and were originally known as “chocolate beans” until trading standards required them to stop using the word “beans” as it was thought to be misleading. Nestlé acquired the company in 1988 and manufactures the candy at their factory in Toronto. Their outer shell is thicker than its British counterpart.

Any Canadian growing up in the 1990s will recall the catchy advertising jingle that questioned whether or not their consumers ate the red ones last. And the question remains: do YOU?

This chocolate bar sounds strange initially, but many Canadians and even visiting Americans can’t seem to get enough of it. Turkish Delight encased in a thin layer of Nestle chocolate makes for a tasty treat, along with the added benefit of containing 60% less fat than the average chocolate bar (only 4 grams!). This treat is manufactured by Nestle in Canada and was created in 1974.

Beyond the year of its creation, very little is known about the initial formation of this popular bar. But that doesn’t stop Canadians and their American friends from raving about its unique and addicting flavour.

This relentless treat is the largest chocolate bar produced by Cadbury in Canada. It is the length of two standard sized bars, making it 8 inches long. It is crunchy with a layered vanilla wafer, embedded with caramel, peanuts, and rice crisps.

The size of the bar is often used as its unique selling point, associating itself with sizeable athletes such as Shaquille O’Neal in the 1990s. The brand name was originally owned by Nestle and licensed by William Neilson of Cadbury, who eventually bought the brand.

This lovely wrap of peanut butter and caramel-coated milk chocolate is a Canadian staple, especially for any and all peanut butter lovers out there. Made by Cadbury Canada at the chocolate factory in Toronto, this tasty treat was originally known as Starbar and continues to be marketed as such in the United States.

Despite having the same ingredients, chocolate connaisseurs have raved more effectively about the Canadian version, remarking about its superior soft and gooey insides. Ask any Canadian: this bar truly is marvellous.

Yet another wonderful choice for peanut butter lovers is the Crispy Crunch, this bar has a crunchy, flakey, and hardened inside. It is one of Canada’s oldest chocolate bars, concocted by one of the youngest people to ever be employed at Neilson’s hard candy room. A 14 year old Harold Oswin won a contest within the organization, which allowed him to create his own original recipe. The result was the Crispy Crunch, which continues to thrive as one of Canada’s most popular chocolate bars to this day.

This snack was briefly available in the United States during the 1990s sold by the collectible card company Pro Set. When the company went bankrupt, Crispy Crunch production was put on immediate halt. Since then the bar can only be found in Canada and select European countries.

This is a bar of chocolate reserved for the select few who enjoy the exotic blend of milk chocolate and coconut. It was introduced in 1951 in the UK and Canada and is currently produced under Mars Incorporated, which is an American distribution company. However, the bars have not been available in the US since the mid-1990s. These paradise-inducing treats seem to only sell well in the countries in which they were originally introduced.

Despite looking like an average chocolate bar on the outside, with two bars wrapped in a single package, Mars Incorporated attempted to register the shape of Bounty as a trademark in 2003. The company did not succeed due to the fact that its appearance was not sufficiently distinct from the average chocolate bar shape.

This toffee, peanut and chocolate layered bar was created by the Lowney Company in the late 1920s in Canada. A local resident of New Waterford, Cape Breton Island Nova Scotia won a contest in 1930 to name the bar. Eat-More was purchased by The Hershey Company in 1987 and continues to be distributed solely in Canada.

Multiple versions have since been released, with one having replaced the dark toffee ingredient with caramel. This brief experiment in 1995 has since been discontinued, resuming its recipe with the popular dark toffee embedded.

Although this is not technically a chocolate bar, it is a chocolate-coated Canadian original that deserves a spot on our list. Chocolate-covered raisins have existed since 1927 when the American Blumenthal Chocolate Company began marketing them as Raisinets.

Glosette were created and sold in Canada not long after, but within concealed cardboard boxes rather than plastic bags. Various chocolate covered dried fruit exist and are sold by Raisnets, but Glosette raisins continues to stick to their original recipe with milk chocolate coated raisins.

This solid milk chocolate bar has been a classic for almost a full century. It is plain and straight to the point for people looking for some pure chocolate to sweeten up their day. Introduced by Neilson Dairy in 1924 and sold to Cadbury Canada in 1996, it continues to be manufactured at Cadbury’s Toronto factory with the Neilson name on the packaging.

This candy bar was originally massed produced and marketed in the United States in 1981 and then launched in Canada in 1983 by Hershey. The name is Swedish for “brittle” when one includes the umlaut dots over the “o” on the logo.

It was originally intended to be a competitor to the Heath Bar, which was introduced by the Heath Company and later the Leaf Candy Company. Hershey acquired Leaf Inc. in 1996, but continued to market the Skor bar due to its unpredictable popularity.

The bar is made of thin layers of butter toffee coated in tasty milk chocolate. The Heath bar is very similar to Skor, but Skor is slightly thinner than its counterpart, and the only of its kind available in Canada.

Samantha Burton
Samantha Burton is a freelance writer, photographer, and filmmaker out of Pickering Ontario. She is a feminist, activist, and mental health advocate. Read more 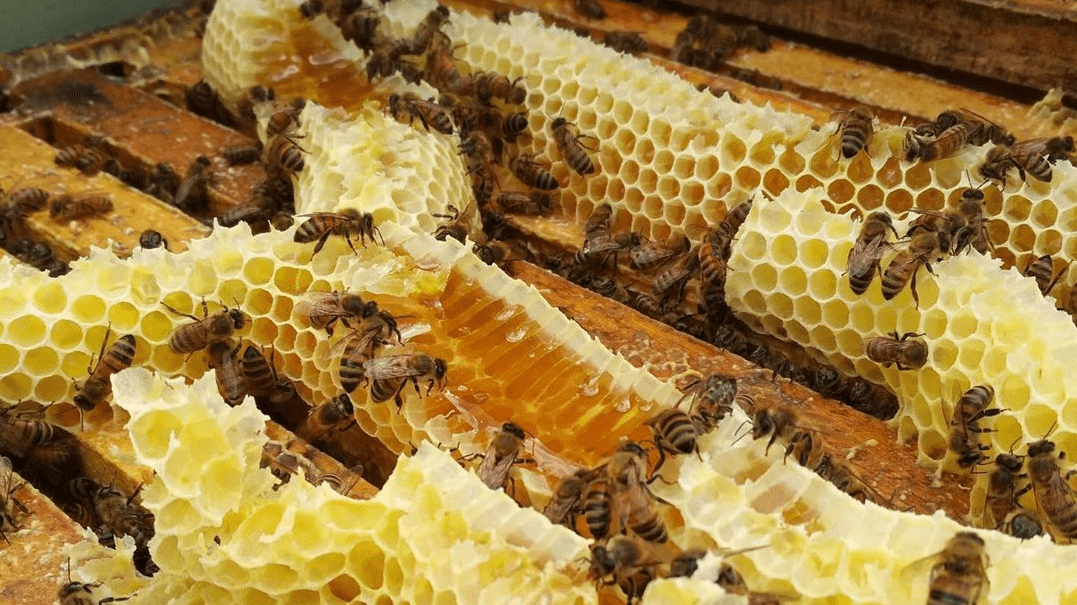 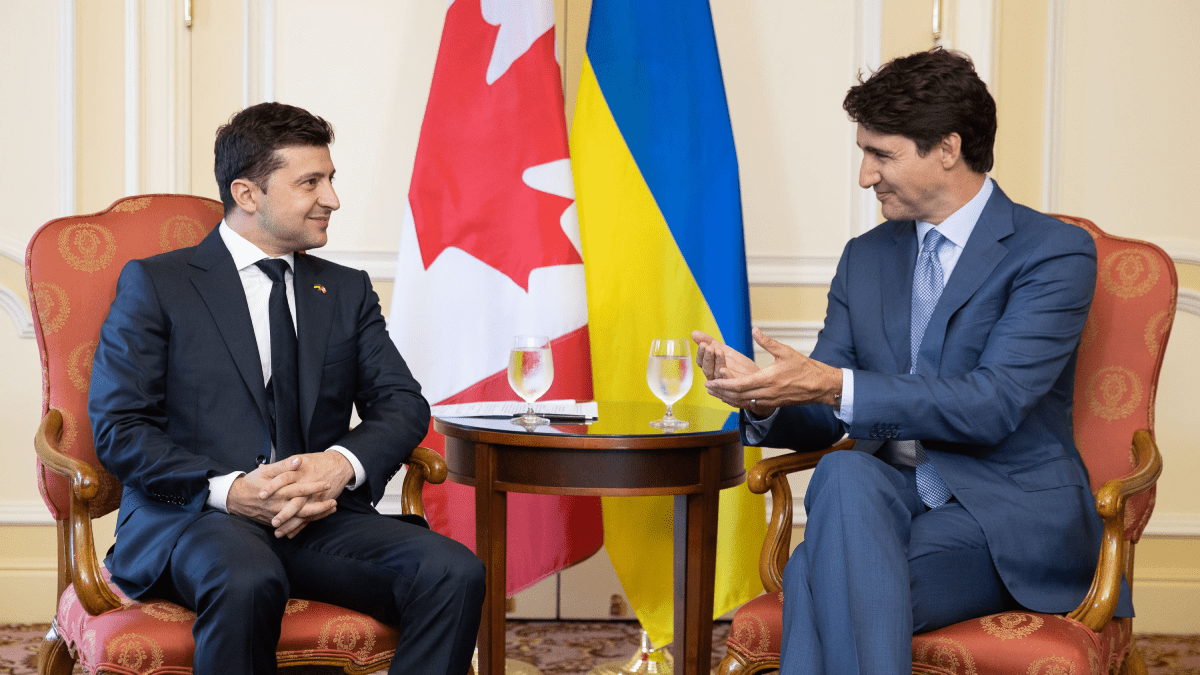